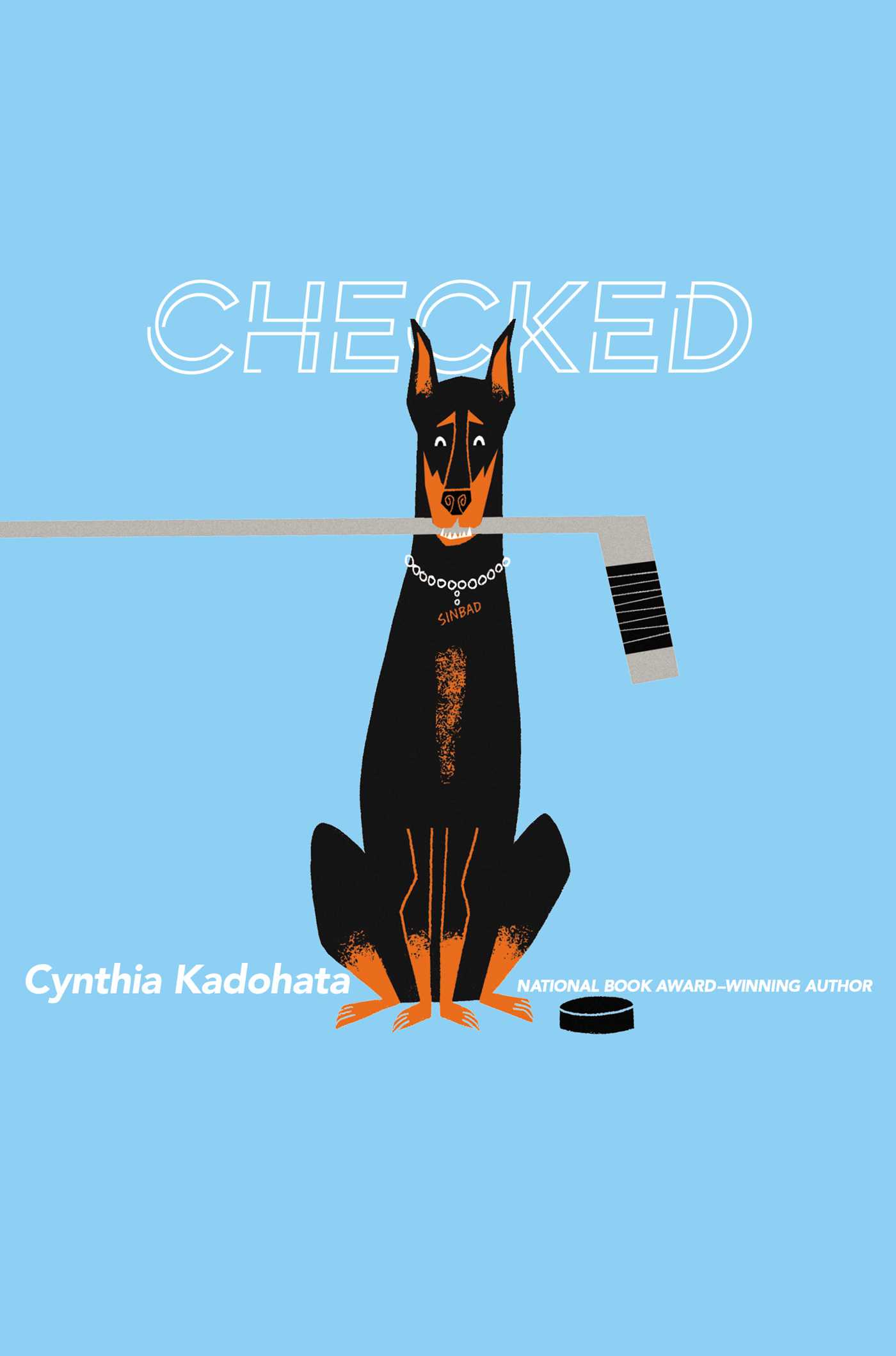 If you love hockey and dogs, you’ll love this book. I like both – but not enough to overlook Checked‘s lack of both plot and character arc.

11-year-old Conor (and his dad, who shares Conor’s dream of playing in the NHL) spend all their time and money on hockey. When his dog, Sinbad, is diagnosed with cancer, Conor must sacrifice his extra summer training to pay for chemotherapy. Woven into this framework, Conor explores prayer, his relationship with his late mother’s parents, his ethnicity, his father’s career as a cop, his elderly neighbour’s need for support, and more.

Even though my son does not play AAA hockey and my dog has never had cancer, I have no doubt that Kadohata got all the details of both these experiences completely right. And there are a lot of details. Despite the fast pace of some hockey scenes, the book itself is long and meandering. Conor’s hockey journey and Sinbad’s cancer treatments do not follow any real arc and nothing is really resolved at the end of the story, besides Conor deciding to meet with his maternal grandparents at thanksgiving. The relationship between characters, particularly Conor and his dad, and the depth of the characterization is very well done but no one changes that much during the book. We don’t get an explanation for why Conor’s dad’s crying all the time and Conor’s precocious insights into life are a constant throughout the book.

That said, the cover is fantastic as are the chapter heading illustrations by Maurizio Zorat, which help move the story along. I did finish the book and Conor’s story stayed with me after the last page. I liked that all the plot points weren’t tied up with a bow at the end. Animal lovers will be relieved that Sinbad does okay with his cancer treatments. And hockey players will relate to a book that so accurately portrays their love and passion for the sport.