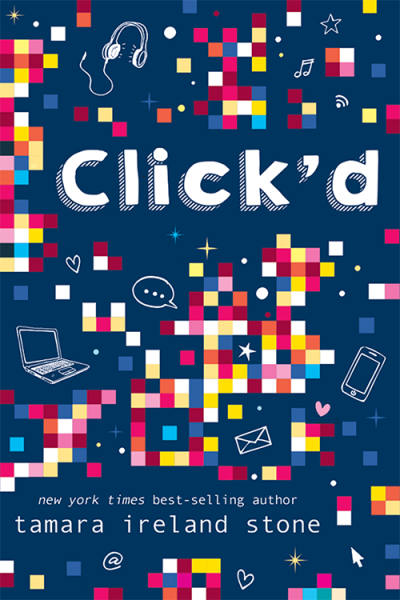 A book about a 12-year-old coder as part of a new series called CodeGirls? It’s about time. And Stone pulls it off remarkably, balancing tech details with a middle school friendship drama that will appeal to more than just coders.

At the start of the novel, Allie Navarro shares the app she made at CodeGirls  summer camp in front of an audience that includes her parents and her computer science teacher, Ms. Slade. There’s a lot at stake because Allie wants Ms. Slade to mentor her in the upcoming Games for Good competition. Ms. Slade agrees based on Allie’s demo of Click’d with her 20 summer coding friends as users. But then a competition with her nemesis, Nathan, prompts her to share the app with the rest of her middle school in hopes of getting building a bigger, more impressive user base. Glitches occur and Allie makes some bad choices until it looks like her app is doing more bad than good.

By necessity, Click’d incorporates a lot of different characters. I wish Allie’s best friends weren’t named Zoe, Maddie, and Emma. They were hard enough to tell apart already. There’s also a girl on the bus named Penny and Allie’s best friend from coding camp named Courtney. By the end of the book, we have a pretty clear idea of who is who, with help from the Clickpics on the Click’d leaderboard and text messages that are incorporated into the narrative. Still, I think this book could have benefited from a slightly more diverse crowd. I know Allie’s wealthy but does everyone at her school really have a phone? At my sons’ school there are many 7th graders who do not have a phone – or are not allowed to bring it to school – regardless of socio-economic status, making it hard for me to imagine the scene where *everyone* is running around the halls before class trying to make a match.

This is a minor issue, however. Overall, Click’d is a quick read that moves along at a great pace. There are two coding activities at the back of the book and a teacher’s guide available on the author’s website, making it perfect for the classroom.