As you know from my reviews of  We Are All Made of Molecules and I’ll Give You The Sun, I’ve been thinking a lot about the difference between young adult (YA) and middle grade (MG) books. Two of my recent works-in-progress have straddled the line between these two categories of children’s literature so I wanted to explore the line between YA and MG in more detail.

Generally speaking, MG fiction is aimed at 8 to 12-year-old readers. MG books typically feature main characters that are at the upper end of this age group and focus on family, friends, and school.

YA is generally aimed at the over 12 crowd but has an increasingly large following among adult readers. It tends to tackle more complex issues and there’s no limit on things like swearing, sex, and substance abuse. Main characters are usually 15 to 18-years-old.

So what do you do when the main character is thirteen or fourteen? This is an age that is ripe for exploration as kids are seeking more and more independence and taking on bigger and bigger challenges. What happens when you have a 12-year-old reader who’s not yet ready to be exposed to things that might be considered restricted?

You sometimes see MG split into upper and lower, with “upper middle grade titles” being marketed to 10 to 14-year-olds but this is a not an official category. I’ve been told in the past that anyone besides the most established of writers should avoid writing in this “literary black hole”.

Trouble in the Trees and Road Block were marketed toward 8 to 12-year-olds. Inside Hudson Pickle – which is longer with more complex subplots that includes the possibility  that Hudson’s uncle is using drugs – is marketed toward 9 to 12-year-olds. This could mean that my first two books were more “lower” and my third is more “upper”. Or it could just be a difference between the publishers. Inside Hudson Pickle was rejected by one publisher because it mentions drugs. Period. It was rejected by another because it wasn’t edgy enough. Luckily, Kids Can Press thought it was “just right” because it introduces young readers to the dangerous of drugs without showing any illicit use.

It’s enough to make your head spin! And I’m not the only one getting caught in the storm.

From the Mixed-Up Files of Middle Grade Authors posted about the Blurred Line Between MG and YA with some great book recommendations and interviews with their authors. Project Mayhem also provides a list of “Gray Area” Stories: Novels for Older Middle School Readers. A similar list is available in the Publishers Weekly article, Middle Grade Books Take on Mature Topics, along with some suggestions to booksellers on where to shelve this types of titles. And Stacy Whitman shares my confusion on The state of MG vs YA when YA is so much older now from an author’s perspective that is very similar to my own.

It definitely feels like I’m walking on a tightrope writing between MG and YA and I know I’m not alone. I just hope it’s the young readers that are ultimately pulling the string. 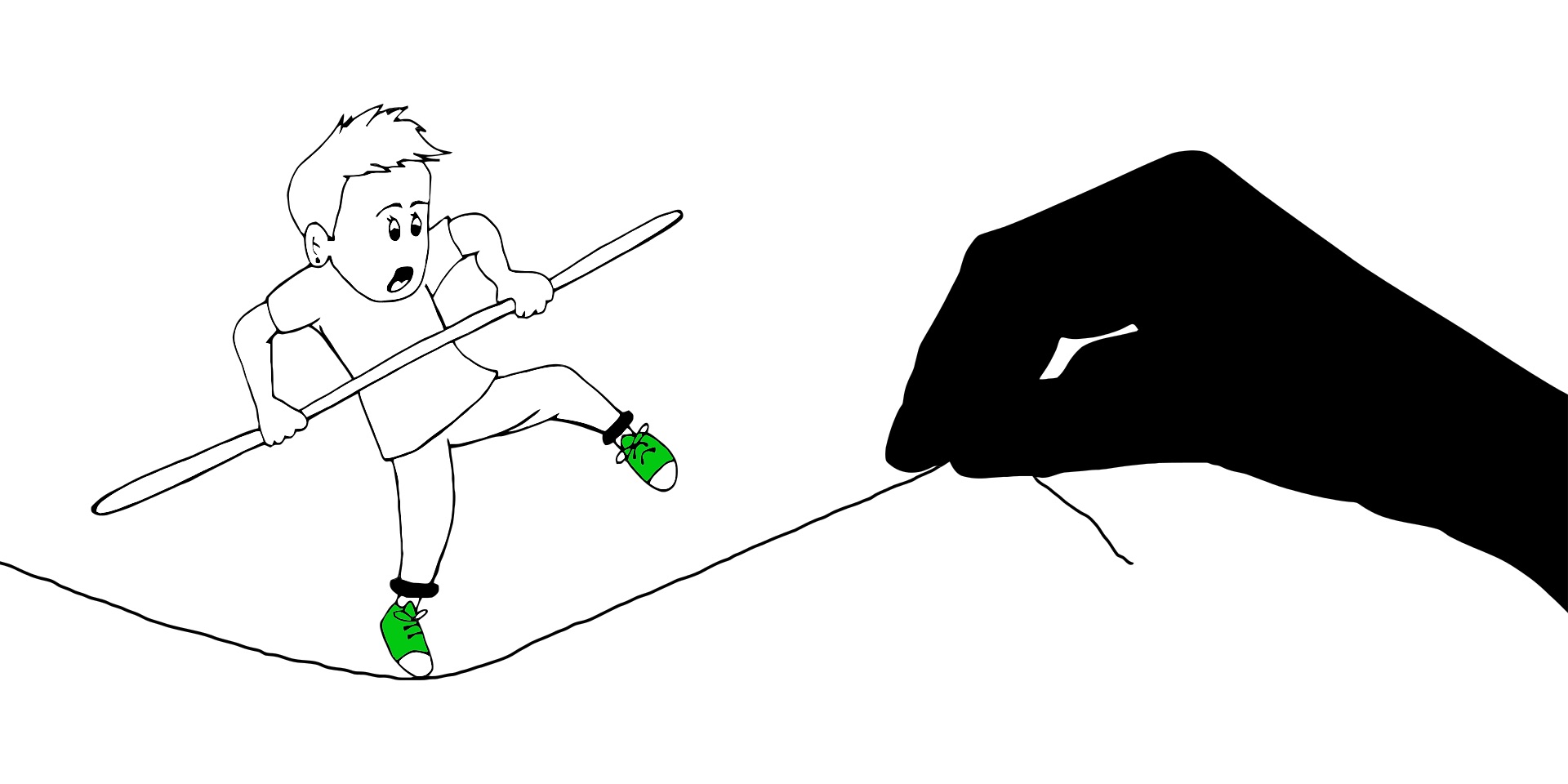