Title: Nikki on the line 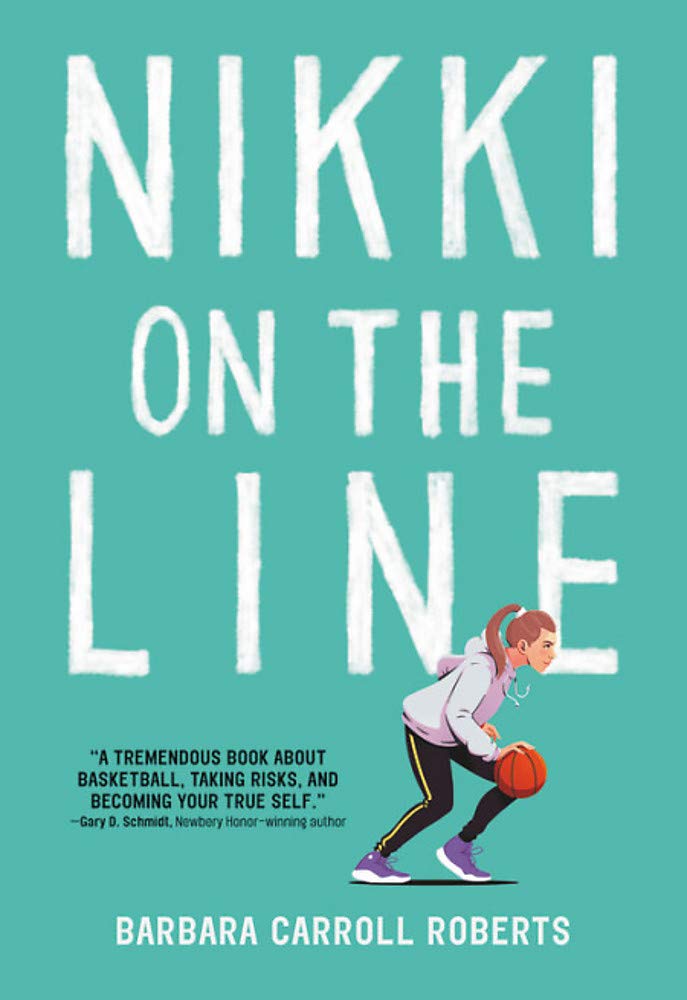 If you liked Inside Hudson Pickle, you’re going to like Nikki on the Line. And for those of you who wished Hudson was more about basketball and less about genetics (I’ve heard from a few of you and believe me, I’m listening), you’re going to totally love it!

Thirteen-year-old Nikki loves basketball – until she makes the elite travel team. To help her single mom pay the fees, she offers to babysit her energetic little brother every day after school. In addition to practice and games, this takes up a lot of her time. So much that her grades start to slip and her relationship with her best friend (who’s also on the team) becomes strained.

To make matters worse, Nikki’s no longer the star of the team (but still the shortest) and her lack of confidence really hurts her play. But when she listens to her coach’s advice to “not let what you can’t do stop you from doing what you can do” and learns to shoot a 3-pointer, everything changes.

Nikki’s family history is complicated and there’s a great subplot involving a class genetics project. The characters are wonderfully nuanced, especially Booker, who also has a non-traditional family and helps Nikki with her 3-pointers. The one character who didn’t seem authentic was Nikki’s mom – I don’t understand why she spent so much time reading and ignoring her kids when she worked so hard to have them. Otherwise, it’s a well paced, great read. The only downside? Nikki on the Line will have basketball fans wishing the summer was over so they could get out on the court!